Retirement in 2019 is poles apart from its connotation in 1999… or 2009, for that matter. The days of lackadaisically whiling away the hours, puttering around the yard and playing bridge with the Browns on Wednesday nights are as quaint—and antiquated—as black and white television.

If anything, the so-called golden years bring new purpose and sometimes even a different destination to call home. Kathi Hufnagel lived in Maryland all of her life, teaching pre-school for four decades in Montgomery Village. Three years ago, she opted to relocate to Roanoke, where her daughter has lived for nearly 20 years. “It was time to go in a different direction,” she tells HOME. “I loved my job but I woke up one day and thought, maybe I’ve had enough; I’m too old to do this anymore. My husband and I got rid of a lot of junk, sold the big house and moved into a 2-bedroom condo—and we love it.”

But resettling certainly did not mean settling down for Hufnagel. She now leads the Family Promise of Greater Roanoke initiative at her church, Raleigh Court United Methodist. Its charter “empowers homeless families with children to achieve sustainable independence through a community-based response.” Founded in 1997, the program has assisted 363 families, comprising 573 adults and 656 children, while it provides full-time case management in employment, housing and education amid a sweeping effort to return families to independence. Family Promise includes participation from 28 congregations and more than 1,000 volunteers in the Roanoke Valley.

Hufnagel offers, “I feel very wedded to this effort. My daughter hates when retired people say, ‘I am busier now than when I worked,’ but it’s busy in a different way. ‘Retirement’ certainly is an out-of-date term.”

A recent NPR piece explains that the definition of “retirement” since its earliest English use in 1536 has undergone substantial evolution. According to Katherine Martin, head of U.S. dictionaries at Oxford University Press, “Retirement originally referred to withdrawal or retreat in a military context. By the early 17th century, it had taken on new meaning, referring to the state of living apart from society in seclusion. Then, by the middle of the 18th century, the use that is now most familiar became common, referring to the action of leaving office, employment or service, especially due to age.”

Adding to the discussion, financial writer Kerry Hannon, in her 2012 book, Great Jobs for Everyone 50+, quips, “I think the word ‘retired’ needs to be retired. Baby boomers are either continuing to work much longer or approaching work not as an afterthought, but as a pillar of their retirement plans, as oxymoronic as that sounds. Today’s 60-year-old might reasonably plan to work at least part-time for another 15 years For many retirees, working in retirement is quickly becoming a new stage in career progression.”

‘The Other Side Of The River’
Hufnagel certainly did not expect to begin this new chapter in Virginia. As a life-long Maryland resident, she explains with a laugh, “I have two children and when they both wanted to go to Virginia colleges—one to JMU and one to Radford—I said, ‘Yes, you may go to a Virginia school, but you may not marry anyone on that side of the Potomac River.’” One did; curses…her daughter married a Roanoker! When they then had their first child, Hufnagel frequently visited the Star City, and for 20 years, she admits, “I really liked Roanoke.” Now, after being a resident for three years, “I go back to Maryland and it’s so full of so many people and it feels crowded. I like the fact that here it is not packed with hundreds of people everywhere you go.” While her daughter’s children are now grown, the daughter still travels a great deal, giving grandmom the opportunity to be consistently present in their lives.

Like so many retirees, Hufnagel’s renewed sense of purpose came from an unexpected place, as she aligned her interests with resources around town—including finding an inviting congregation at Raleigh Court United Methodist Church. When first approached about taking on an active role with its participation in Family Promise, she hesitated. Hufnagel concedes, “When my church offered me this job, I said, ‘I’m terrified of these people; no, it’s not for me.’ But then I thought about it; I saw that clients are tested for drugs and alcohol and are stabilized. They’re good people. I came to understand that it’s normally not because they’ve done something wrong, it’s just rotten luck.”

Families are sheltered at the churches or synagogues and members of the congregations provide breakfast and dinner. Classrooms are temporarily outfitted with cots for overnight accommodations. The Family Promise staff works with the families to help them find employment and housing. “We’re keeping these kids in school,” Hufnagel says. Each church takes on involvement every eight to 10 weeks. “We have a lot of wonderful volunteers and I coordinate the whole thing for our church. I have seen families that were living in their cars or on the streets—sometimes a single parent and sometimes an entire family with three or four kids. It’s awful.”

During Raleigh Court’s “on” weeks, Hufnagel is at work at 6 am, helping cook breakfast and make lunches with parents for their kids. At night, volunteers help prepare dinner, which can range from pizza and salad to pork roast and green beans. She remains until the families head to bed around 8:30 pm: “I like to get to know the parents and kids so I can get a feel for what they need, and for what is going on in their lives. So often it is bad and pitiful and scary. I’ll offer a hug to a single mom who I know has been abused; she is there, shaking, with her child just as afraid, by her side. I want to do whatever I can to make them feel comfortable.”

Like most retirees forging a new chapter, Hufnagel’s story is inspiring for sure. To fellow seniors ready for a change she offers, “I like to be busy; I can’t sit around watching TV. I’m a pretty social person, so I also like to get out and find new things to do. You can’t just sit around doing nothing, because people in the community are not going to come to you, you’ve got to go to them. My church has helped a lot.”

From pre-school teacher to Family Promise leader, she is proud of this new step in time. “I’m so passionate about my involvement in Family Promise. When you realize you’ve accomplished something good, it’s a ‘wow’ feeling, because these people can be helped. I have seen amazing things happen, and I love it.” ✦ 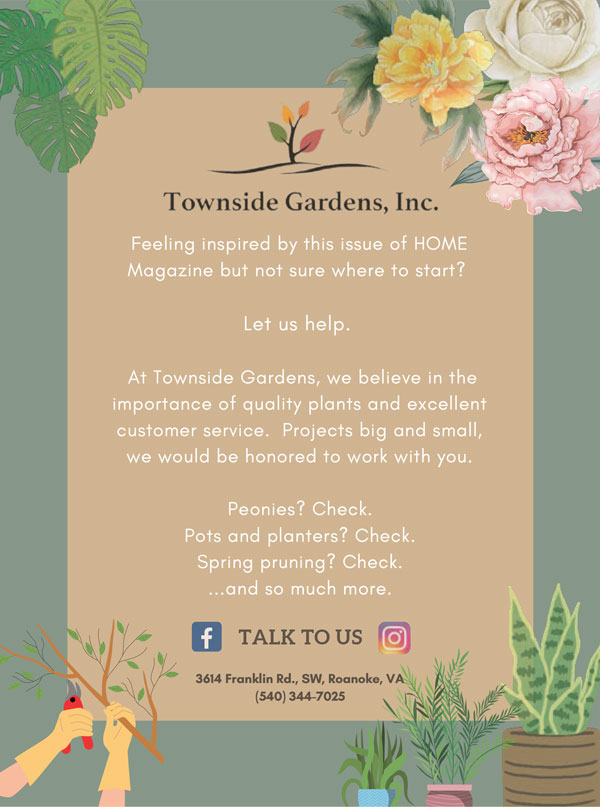