Recipes From The Orchard 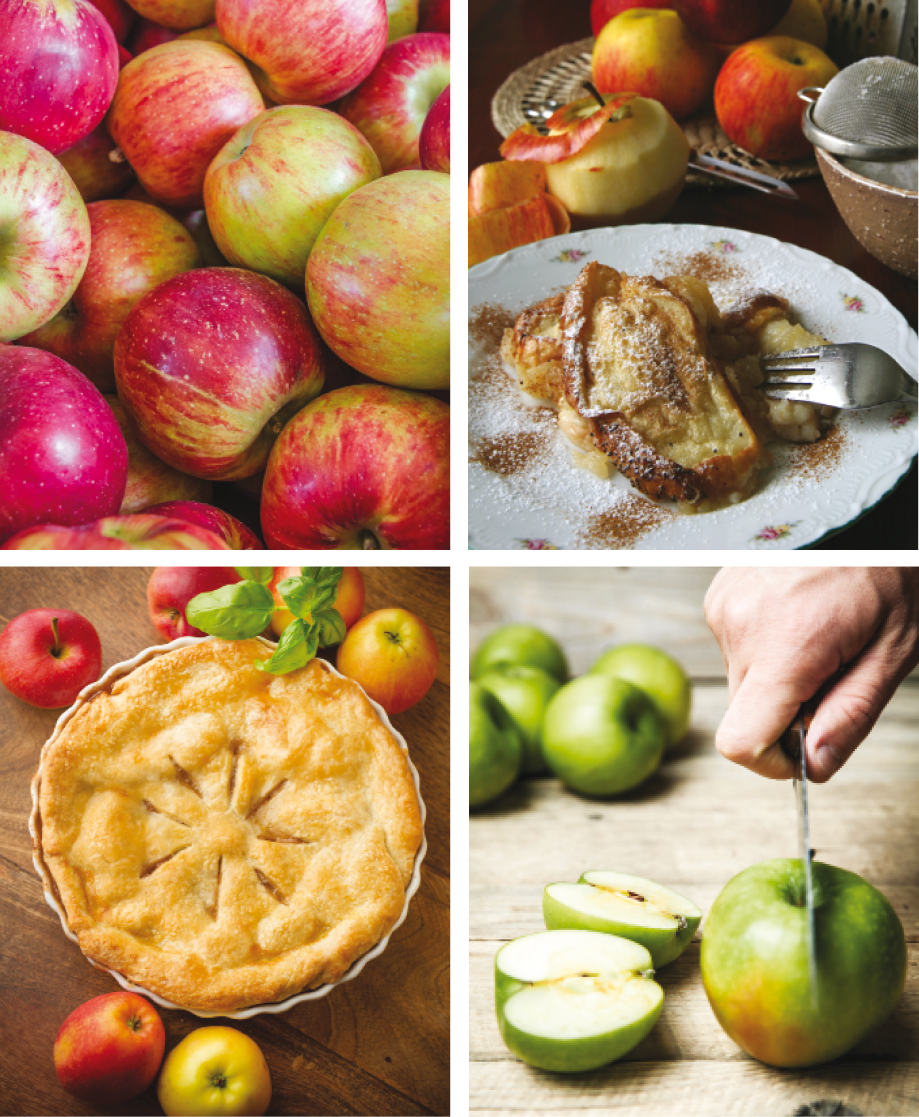 Apples are a great go-to when looking for a delicious and sometimes unexpected ingredient in both sweet and savory dishes. Whether making dessert, dinner, or in need of a simple snack, apples offer thousands of varieties, each with its own taste and texture. From sour to sweet, crunchy to soft, they add a rich, versatile component to any dish.

Here are some recipes that help showcase the many ways in which apples can be utilized and the variety of flavors they produce. Have fun eating and experimenting with this classic fruit!

There are few things as adored as an apple pie. And why not? A flakey crust coupled with sweet apples is a delicious combination. The key to this pie is using a variety of apples; their different textures and flavors create a dynamic flavor profile.

Pie Crust
Makes 2 9-inch crusts
(one for the bottom crust, one for the top crust)

TIP: The secret to a great crust is keeping the dough cold at all times. If it starts to warm during mixing or lining the pie dish, simply toss the bowl or dish in the refrigerator until it cools.

Sift flour into a large mixing bowl. Cut butter into ½-inch cubes (the smaller the better for this one!). Place butter in bowl with flour. Using a pastry cutter, cut butter into flour until incorporated. The mixture will resemble cornmeal.

Create a hole in the center of the flour mixture and pour the water mixture in the middle. With a wooden spoon, lightly stir the flour into the water until it becomes dough. Be careful to not overmix. (Do not worry if you see small chunks of butter in the dough; this will not harm the dough or baking process.)

Divide dough into two even portions and shape into discs. Wrap in plastic and chill in the fridge for at least 30 minutes or until dough is chilled fully. While dough is chilling, prepare apple filling.

Place chopped apples into a large bowl. Add sugar, salt, cinnamon, nutmeg, cardamom, lemon zest, lemon juice, and tapioca to the apples. Mix until apples are evenly coated and no liquid is left at the bottom of the bowl. The mixture will appear slightly grainy. (If there is liquid left over, simply add 1 tablespoon of tapioca at a time until all moisture is absorbed.)

Using a rolling pin, roll out the pie discs into circles large enough to line your pie dish. Place one in the bottom of the dish and fill it with the apple pie filling. The pie may appear overfilled, but the apples will cook down to produce a nicely filled pie.

Cut the remaining 1 tablespoon of butter into small pieces and dot around the top of the filling.

Place the remaining pie crust on top of the filled pie. With your fingers or a pie tool, crimp together the bottom crust with the top crust and trim excess dough from the sides. With a paring or butter knife, cut six slits in the top crust (to allow steam to escape). You also can use a pie stamp to create a fun shape or design in your crust.

To make the egg wash, whisk together the egg and water until foamy. With a pastry brush, gently brush the wash over top crust of the pie. Place pie in the fridge, then preheat oven to 425 degrees. Once oven is fully preheated, remove pie from the fridge and bake at 425 degrees for 20 minutes, then reduce oven temperature to 350 degrees. Bake at 350 degrees for 45 minutes or until the pie is browned on top, producing bubbling sounds, and steam is coming through the slits.

Let cool to room temperature before cutting and serving, about 45 minutes to an hour.

Sweet and smoky flavors come together in this satisfying dessert. The apples provide a sweet and crunchy texture against the deeper notes of cinnamon and nutmeg. Honeycrisp apples are used for this recipe as they remain crispy throughout the soaking and baking process.

This recipe also can be easily adapted to contain your favorite ingredients without any measurement changes. Prefer pecans to raisins or figs instead of apples? Simply swap them. Have fun being creative with this one and enjoy!

Bourbon Sauce
(For this recipe, I recommend Two Stars Bourbon; it’s great cooking bourbon and has nice flavor without getting into the high-end options.)

TIP: If your milk is coming straight from the refrigerator, heat it in the microwave for 10-second intervals until it is body temperature (between 96 and 100 degrees).

A day or two ahead: Slice the French loaf into chunks that are roughly 2 to 3 inches in size. Let bread rest on a baking sheet and become very stale.

In a large mixing bowl, combine raisins, apples and bread cubes. Pour egg mixture over the bread mixture and toss until each piece of bread is lightly coated and the apples and raisins are evenly distributed. Using a slotted spoon, scoop the bread, raisins and apples out of the mixing bowl and into your baking dish. Pour the remaining liquid on top. Let the mixture sit for 45 minutes or until more than half of the liquid has been absorbed.

Preheat oven to 350 degrees. Place bread pudding in oven for 45 minutes or until bread begins to look puffy and sponge-like. With bread pudding still in the oven, increase oven temperature to 475 degrees to brown the top. This only takes a few minutes, so don’t go far from the oven!

Once the top has crisped up, remove from the oven and let rest. While bread pudding is resting, begin the bourbon sauce.

Over medium-high heat, bring the sugar, lemon juice, butter and bourbon to a boil in a medium saucepan (you will want extra room in the pan when the milk is incorporated). Once at a boil, stir continuously for 1 to 2 minutes. The mixture will begin to lighten in color.

Remove the saucepan from the burner and let the mixture cool down slightly, about 2 to 3 minutes.

Slowly add the room-temperature milk to the mixture while whisking slowly. The mixture will steam up and bubble vigorously but keep stirring and it will all come together.

To Serve: Scoop bread pudding into a small ramekin or bowl. Pour your desired amount of sauce over the top and eat immediately.

A true lover of desserts and comfort food, I unfortunately spent the majority of my childhood avoiding things such as salads and grilled vegetables. Thankfully, I grew up. Once I realized that like a cake or pie, salads can have dimension with exciting flavors and unexpected ingredients, I was on board.

With a wonderful combination of vitamin-rich foods and a few elements to satisfy that sweet tooth, this salad is refreshing and perfect as a side, or add a nice piece of salmon or chicken breast to make it an entrée.

Chop apples into bite-sized chunks and place in a large bowl. In a separate bowl whisk together water, honey and lemon juice. Pour the mixture over the apples and let it sit for 30 minutes to absorb the honey. Stir apples occasionally. Remove from bowl and gently pat dry before adding to salad.

Slice an orange into thick rings (about ½ inch thick). Place the slices in a nonreactive bowl and coat entirely with sugar. Let sit for 30 minutes.

Remove orange slices from the sugar and place in a medium-sized sauce pan. Add enough water to completely submerge. Bring slices to a medium boil for 20 minutes or until the center becomes translucent. Turn off heat and allow to cool in the pan with the liquid.

Once you’re able to handle the orange slices with bare hands, remove them from the pan. Using a paring knife, slice the peel away from the center of the orange. Chop the peel into bite-sized pieces and set aside.

In a large bowl, mix 3 cups of arugula and 3 cups of spinach. Top with half the apples, orange peel, pecans and goat cheese. 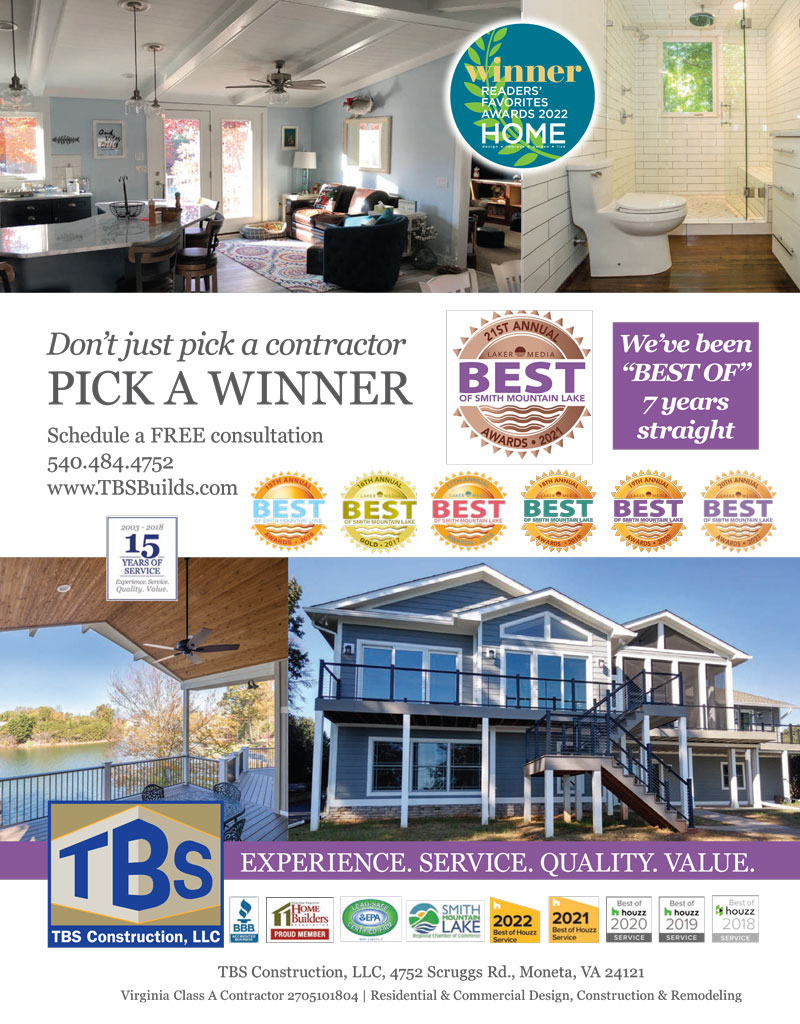