Foundation Plantings: Surround Your Home with the Right Plants 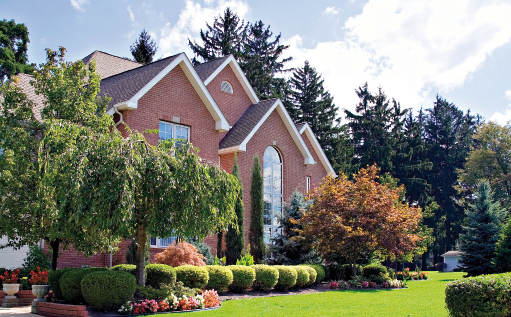 When my husband and I bought our first home together 13 years ago, the foundation plantings we inherited consisted of eight leggy azaleas. The ancient plants looked pretty for about one week a year, when they bloomed fuchsia in the spring, but other than that they were unremarkable. So one day, while my husband was at a football game with his uncle, I pulled every last one of them out of the ground.
What I planted in their place was a work in progress that continued over the next decade. Among other things, I eschewed traditional shrubs in favor of antique roses, rosemary, sedum, irises, coneflowers, lavender, black-eyed Susans and Carolina jasmine. If a plant didn’t survive or just didn’t play well with the other kids, I pulled it out and replaced it with something that might. 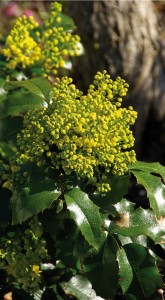 Of course, because this is how things work in life, the garden never looked as good as it did this past spring when we were in the process of buying a 1960s ranch house on the other side of town. Now, I’m faced with the same dilemma: a well-established foundation garden that isn’t quite my style. This time, however, I’d like to do things right instead of just winging it.
Fortunately, I don’t have to go it alone. On the Internet, I found more information about foundation plantings than I could shake a watering wand at, including websites and blogs with articles and tips, diagrams to print out, and landscape design software to download or buy.
I could also tear pictures out of magazines or drive around town, surreptitiously taking photos of homes similar to mine that appear to have gotten the foundation planting thing right. Or I could seek professional help, the kind that designs landscapes for a living.
Thinking professional help sounded like a good idea, I consulted Laura Rosser, a local landscape designer and owner of Rosser Landscape Designs. She’s been doing this kind of thing for 25 years, and says there are four things she considers when designing a foundation garden: color, form, line and texture.
First of all, color doesn’t necessarily mean flowers. “You can do 15 shades of green and get a whole different contrast,” she says.
You also want to include varying forms—think round, cylindrical, spreading, etc. You should also consider lines—the architectural lines of your house as well as the lines in the garden’s shape. For instance, the symmetrical Georgian lends itself to a formal look, while an asymmetrical split-level begs for something more easygoing and curvy.
Also think about texture—height, depth, placement and shape of plants—and make sure you have four-season interest. 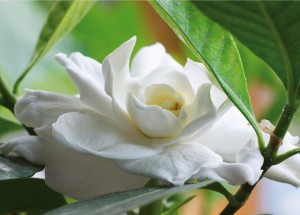 In the end, though, it’s about personal preference. “If you’re sitting on the porch, do you want a fragrance?” Rosser asks, adding that gardenias make good foundation plants. “What do I want to look at that makes me feel good? I want the front area to be welcoming and inviting.”
Before removing old plants or adding new ones, remember to call Miss Utility, and don’t plant anything on top of or near a buried utility line. Years from now, when you’re trying to dig up that massive mahonia and wondering if its tap root really does go to China, you don’t want to disrupt service, or worse.
Like mahonia—which my husband calls the “vicious plant” for the way its spiky leaves reach out and grab him while he mows—some plants just aren’t suited to foundation gardens. Hollies, the red-berried Christmas variety, have huge root systems that can wreak havoc on a foundation, according to Rosser.
She’s no fan of ivy either. “People love it up next to their houses, but it will set roots anywhere,” she says. “I have seen it pull gutters and drain spouts down. It’s a very invasive plant.” 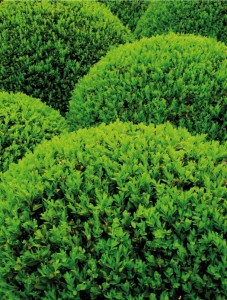 Many plants are suitable and safe around foundations, among them boxwood, euonymus, dwarf hollies, hinoki cypress, Japanese plum yew, acuba, nandina, camellia, azalea and rhododendron. Not all are deer-resistant, so if Bambi is fond of nibbling your shrubs, do some research before making an investment.
When mulching, remember more is not always better. Two to four inches is plenty. “No need to pile it on like crazy,” says Rosser. “It creates a habitat for moles and voles in the winter and can be a fire hazard.” If your home is prone to termite infestations, you might want to avoid mulch altogether, and use rock or soil conditioner instead.
Downspouts should send water away from the foundation and into the yard. That said, your foundation plants should be elevated, so that runoff doesn’t pool up around the foundation. You can also install a French drain to channel water away from the house, which involves burying a perforated pipe beneath gravel.
And did you know you can use foundation plantings to protect you and yours? Using landscaping to deter crime is called “Crime Prevention Through Environmental Design” or CPTED. CPTED involves things like planting cacti, roses, pyracantha or other thorny plants beneath windows to discourage would-be burglars or peeping toms, and keeping bushes on the short side so they don’t obscure windows or give criminals a place to hide. Who would have thought the mild-mannered foundation garden could also moonlight as a crime fighter? 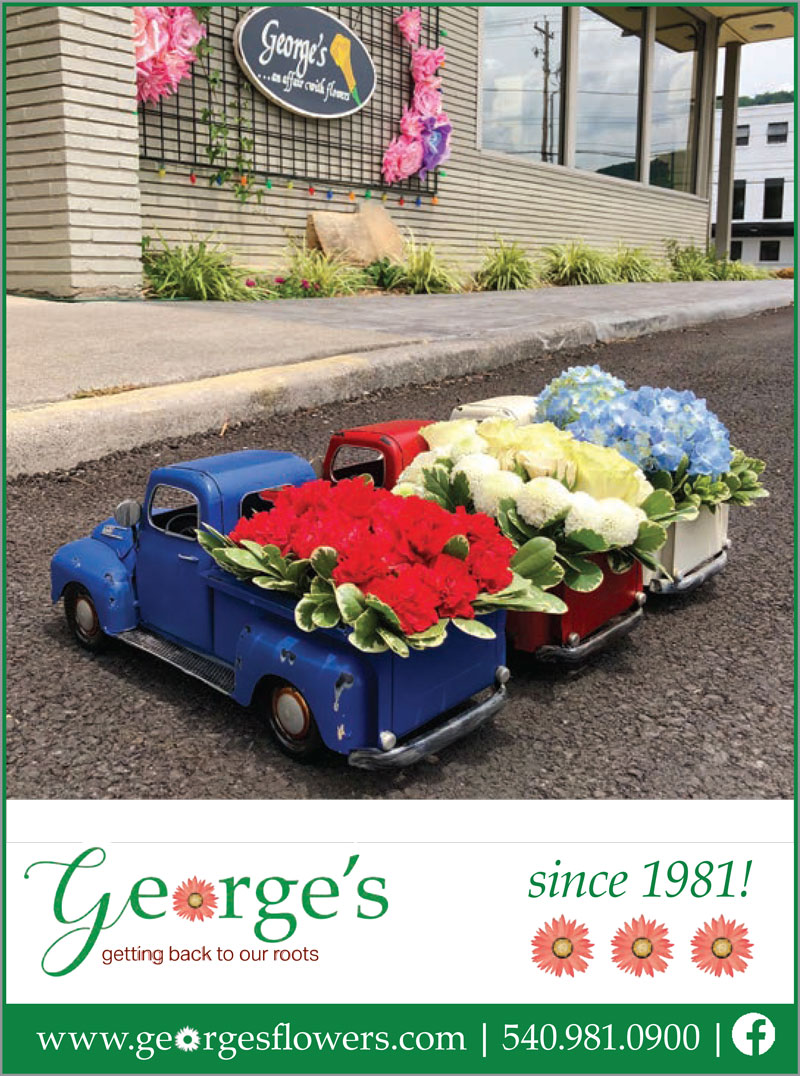